Several times a year, Prevent Child Abuse Indiana hosts either a Conference or Signature Event, Workshops and fundraising events to help educate our communities and raise awareness. We hope you’ll attend, and help us further our mission of keeping kids safe.

As we continue our time of physical distancing, we would like to keep ensuring child safety at the forefront. It’s important to remember that we all play a role in protecting children.

We currently have a limited number of Darkness to Light’s Stewards of Children trainings available for no cost to anyone interested in learning how to help prevent child sexual abuse. This training can be accessed here: https://bit.ly/2yyFcem

Please note: This training, contains a mix of survivor stories, expert advice, and practical guidance for prevention of child sexual abuse. Child sexual abuse is a tough topic. Some of the survivor stories may affect you in a personal way. These stories reflect the personal experiences of actual survivors. These are the experiences children face when they are sexually abused, thus Darkness to Light chose to include them.

There is a National Resource Sheet available in the resource section of the course with names and numbers of agencies that can help. Someone is available for you to talk to about any needs you have through the Darkness to Light helpline at 1-866-FOR-LIGHT (1-866-367-5444).

Please report all child abuse to the Indiana Department of Child Services Child Abuse and Neglect Hotline at 1-800-800-5556.

Thank you for your commitment to child sexual abuse prevention.

This training will remain open until all spots have been used. We will have additional opportunities available as need demands.

If you have any questions please email generalinfo.pcain@villages.org

REGISTER HERE FOR Stewards of Children 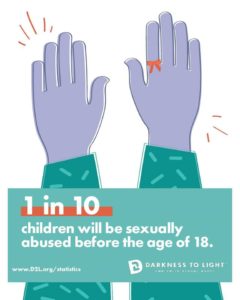 Prevent Child Abuse Indiana is offering a virtual Nurturing Parents Café.
Nurturing Parent Cafes are an opportunity for parents to discuss and learn about topics related to child-rearing and learn about how to access community resources and how to access resources for raising happy, healthy children.
Date:  August 19, 2020
Time: 12:00 p.m. – 1:oo p.m. (Eastern Standard Time)
Space is limited so register soon!
Parents come discuss issues around children “going” back to school or having school virtually. Tough decisions! Resources will be shared and hopefully some steam will be released!

Come and join us in a relaxed, conversation about your children returning to school this fall. Parent and caregivers, this is the perfect time to discuss your specific questions. Join experienced trainers Brian Carter, LBSW, and Carol Cochard Pool, MSW, as they bring resources and reminders to families about safety issues around the home.

The Parent Cafes are a monthly, relaxed discussion around Parenting Topics. Participants are encouraged to bring YOUR OWN ISSUES, and gain insights and resources!

Carol Pool received her Bachelor’s in Social Work from Ball State in 1985 and her Master’s in Social Work from Indiana University in 1990. For nearly 30 years, Carol has been a leader, advocate, educator and trainer around many social issues. She began at Methodist Hospital in the critical care areas. Then she was a primary educator for 13 years for Planned Parenthood around the issues of healthy sexuality, birth control, STD and sexual abuse prevention. In 2006, she continued her work at Prevent Child Abuse Indiana, training in a variety of safety topics. There she became a certified trainer in Darkness to Light (Stewards of Children) preventing child sexual abuse; as well as Nurturing Father’s, Bully Safe, and SafeTots.

Brian Carter is the Director of Dads, Inc., a program of Prevent Child Abuse Indiana, and has been with The Villages since 1994. In his current role he conducts various trainings and presentations and is a Program Educator for Nurturing Fathers. Prior to his current role, Brian served as a Foster Care Case Manager, Independent Living Case Manager, FAKT Coordinator, and Community Based Service Worker. Brian received his Bachelor’s in Social Work from Indiana University and worked as a Probation Officer with the Marion County Juvenile Courts for two years prior to coming to The Villages 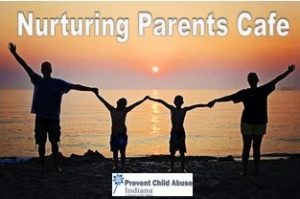 Your support helps us stop child maltreatment in Indiana before it starts. Please donate today.